Three manatees swim inside of a floating container in Cocha El Dorado. After one to three weeks in the container, the manatees will be released in pairs of two and three as the team tests their tracking devices and the manatees get used to their new environment. Centro de Rescate Amazónico near Iquitos, Perú, released five endangered Amazonian Manatees back into their habitat in the Pacaya-Samiria National Reserve after about three years of rehabilitating the rescued mammals. It was the first release in Perú. 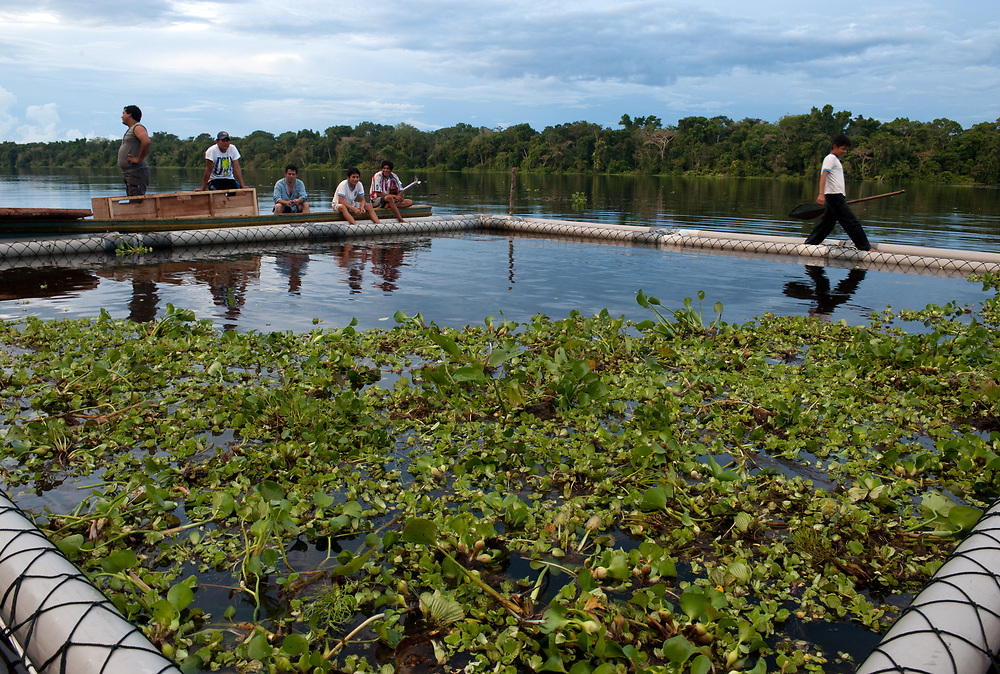