Javier Velasquez and Christina Tófoli construct a tracking device to be attached to each of the five manatees' flippers. Tófoli came from Brazil where she works with Instituto de Pesquisas Ecológicas to help the team in its first release. Centro de Rescate Amazónico near Iquitos, Perú, released five endangered Amazonian Manatees back into their habitat in the Pacaya-Samiria National Reserve after about three years of rehabilitating the rescued mammals. It was the first release in Perú. 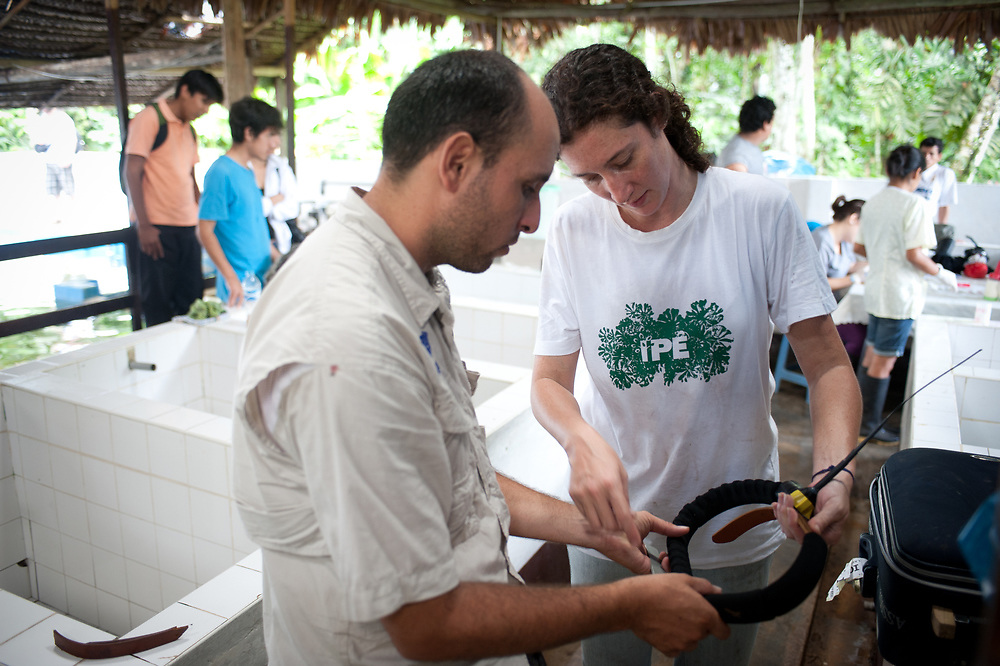